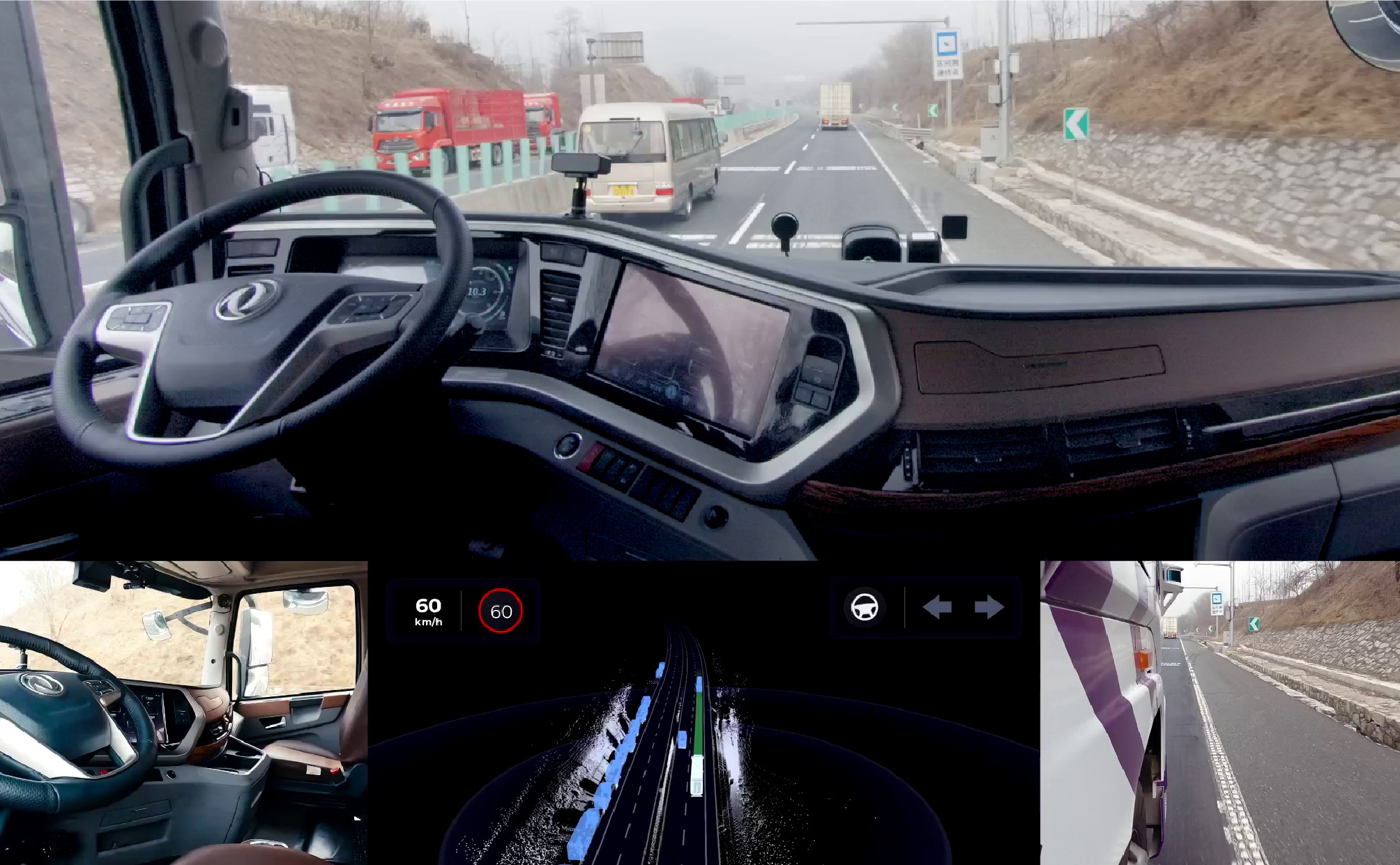 The test was conducted on a test section of a closed highway in Laiwu, Shandong Province, with the total length about 15 miles. It includes typical highway structures such as up and down ramps with various slopes, large curvature curves, long tunnels, bridges, access ramps and toll stations. Meanwhile, the test leveraged a large number of vehicles to simulate the real traffic flow.

Throughout the whole process, the L4 truck smoothly completed the road test in the state of no human intervention, and calmly dealt with typical scenes such as automatic following and parking, automatic lane change, identification and avoidance of construction vehicles and cones, automatic avoidance in the lane, and self-driving into the toll station.

The L4 truck for the driverless test is a mass-produced vehicle based on the joint development of Inceptio Technology and the OEM partner. It uses the full redundant control-by-wire chassis, the computing platform with high computing power, and core algorithm and software in the mass production solution, and appropriately expands the lidar and computing power.

Dr. Yang Ruigang, CTO of Inceptio Technology, explained: "This is a validation of L4 level driverless heavy truck technology with mass production gene. The vehicle can freely cope with the natural traffic flow in all kinds of high-speed scenes, showing excellent perception and control stability. In terms of perception, we use the mass production solution of multi-sensor fusion, and only add two lidars as supplements, as well as appropriate computing power expansion, but no change in the full redundant control-by-wire chassis. We are very excited about the ideal testing results."

The autonomous driving technology of Inceptio Technology is oriented towards L4. The evolution of the L4 technology greatly benefits from the development and data accumulation of L3 mass-produced trucks. Dr. Yang Ruigang said, "The mass-produced autonomous trucks preloaded with Inceptio Xuanyuan system have been delivered to more and more customers. They not only create commercial value for customers, but also begin to form a massive real data closed loop, facilitating the rapid iterative upgrading to L4 technology. We see the great advantages in the path from L3 mass production to L4. I am very confident that Inceptio Technology will take the lead in realizing the mass production of driverless heavy-duty trucks."